Can I be taken to court while critically ill? 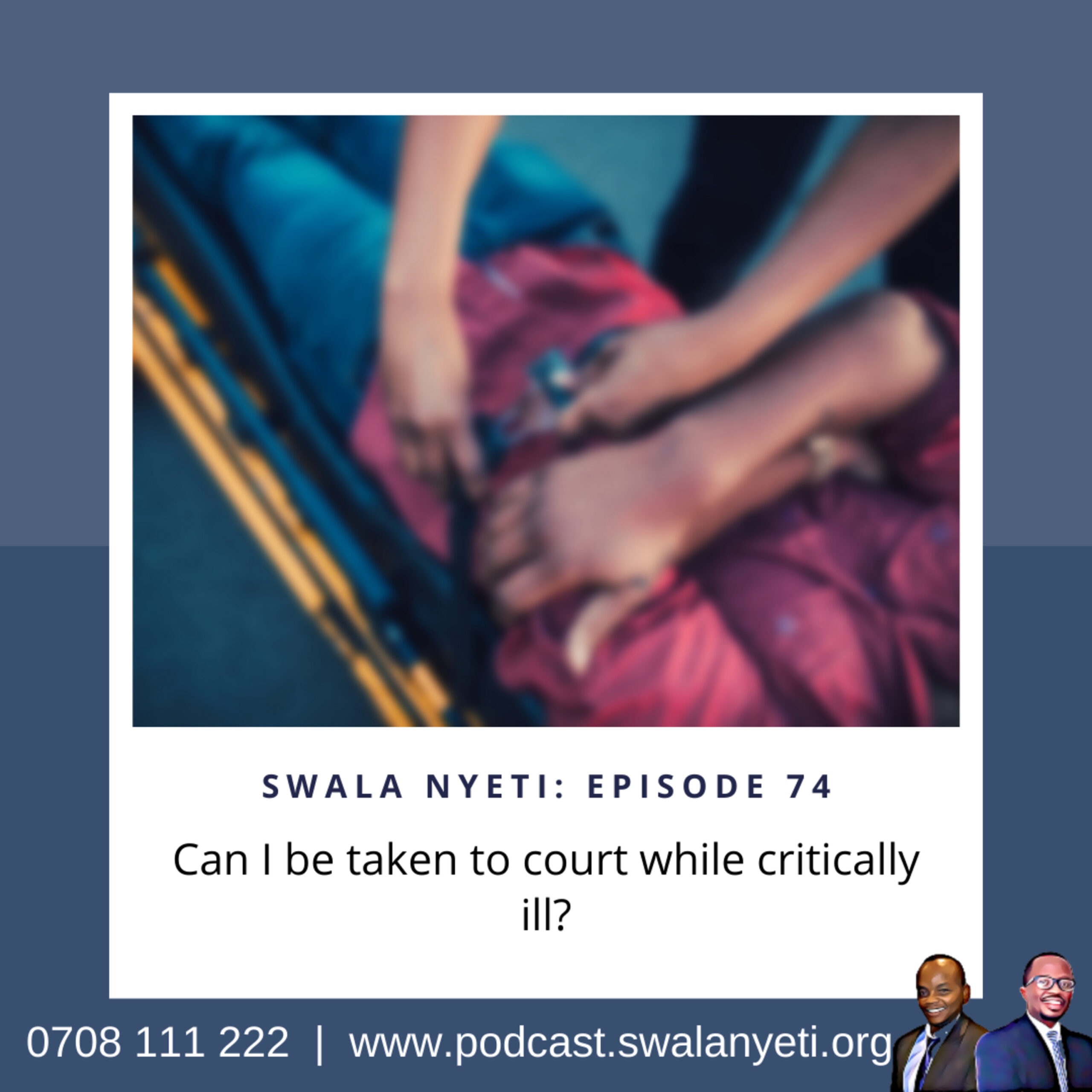 Swala Nyeti Podcast
Can I be taken to court while critically ill?

In today’s episode, we discuss whether someone’s rights are violated if they are taken to court while critically ill.

FN’s niece has accused him of fraud, amounting to KShs.1.7Million. Another person has also complained that FN defrauded him KShs. 45,000/. Last week FN was shot in the back by police officers as he attempted to flee from them because they wanted to arrest him.

Immediately after his arrest, he was taken to Kisii Referral and Teaching Hospital for emergency treatment. A day later, the police took him forcefully from the hospital using a stretcher and presented him to court to take a plea. Fortunately, the magistrate did not allow him to take a plea and ordered he undergoes further medical care?

He feels his rights have been violated and wants to know if this is allowed by the law and if it is not allowed, what can he do against the police and the hospital?

Links to the story: https://www.the-star.co.ke/counties/nyanza/2021-04-26-man-taken-to-court-in-stretcher-over-serial-fraud/

Send in a voice message: https://anchor.fm/swalanyeti/message